I am SO excited about this! 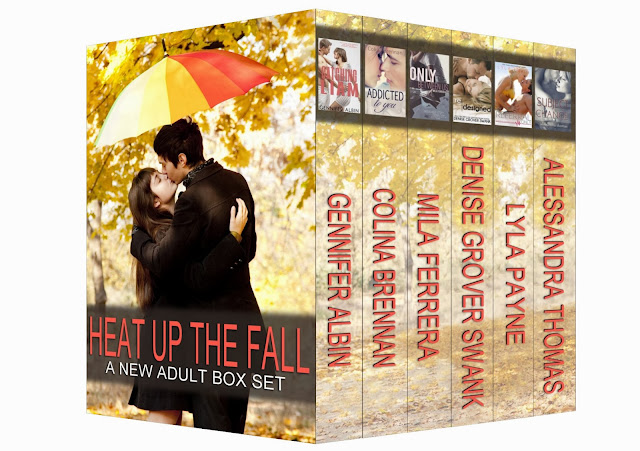 Check it out! Do you love NA? Would you like to read some of the best NA around?

Would you like to pay only $.99 for six full-length NA novels?

Now is your chance. This book bundle will ONLY be available for a short period of time, so pick it up ...

Sexy Scottish boys. Handsome instructors. Bad boy slackers. Baby, it's cold outside. Cuddle up with six hot boys in the HEAT UP THE FALL: New Adult Boxed Set, featuring six full-length novels from bestselling authors.CATCHING LIAM by Gennifer Albin—Jillian has one rule when it comes to boys: catch and release. Until she meets Liam McAvoy, the kind of guy that sticks around to make waffles and who can't—or perhaps won't—take a hint. Before long, neither is sure who is catching who—or if they're playing for keeps.ADDICTED TO YOU by Colina Brennan—Even though Leah's been forced to attend therapy for sex addicts, her real problem is that she can't do relationships--sooner or later, everyone lets you down. But with Will McLean trying to break through her walls, love might be one addiction she can't kick.ONLY BETWEEN US by Mila Ferrera—Determined to reclaim her passion for art and life after escaping an abusive relationship, Romy signs up for a painting class, where the possibility of passion becomes very real in the form of her hot but mysterious teacher, Caleb. But to be together, both of them must confront the ghosts of their past.REDESIGNED by Denise Grover Swank—Sparks fly when fashion design student Caroline Hunter meets mathematics grad student, Reed Pendergraft. Reed doesn’t fit her future husband profile, but Caroline finds out her life is about to be redesigned.BY REFERRAL ONLY by Lyla Payne—Ruby's dating experiences at Whitman have taught her that she's better off sticking with steady flings as opposed to looking love, but persistent Scotsman Cole Stuart is out to change her mind. But between the girls of Whitman warning her to stay away and the secrets hidden under his kilt, these two will have to find a way to believe in the future--and each other--to make it work.SUBJECT TO CHANGE by Alessandra Thomas—Joey's always lived her life according to plan - study hard, get great grades, become a doctor and beat the cancer that killed her dad. But when she starts to fall behind in classes and meets Hawk, she begins to see that following her carefully measured plans may be ruining her ability to truly live.SIX hilarious, heart-breaking, and sizzling hot New Adult novels sure to heat you up!

Email ThisBlogThis!Share to TwitterShare to FacebookShare to Pinterest
Labels: new adult, Only Between Us, price drops and deals

Add Only Between Us (available 9/3/13) to your to-read list on Goodreads! 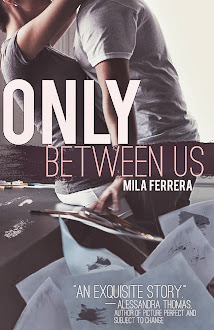 Add SPIRAL to your to-read shelf on Goodreads 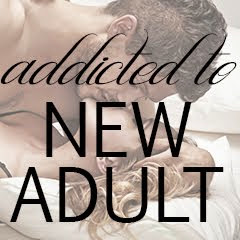